Director of Youth and Families
youth@wesleyumcgreenville.org
(903) 455-1594

Stepping From Our Past Into Our Future 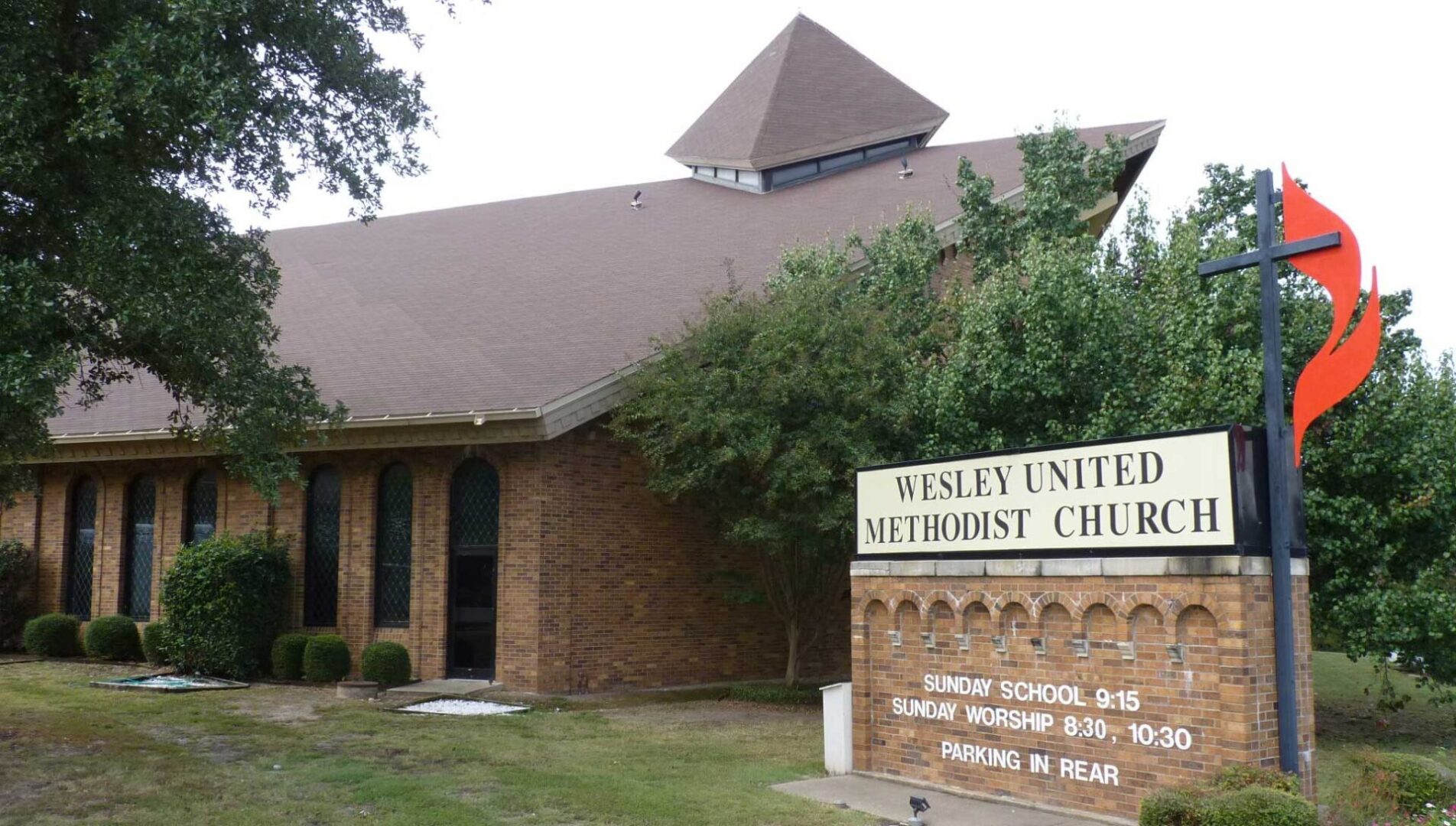 Wesley United Methodist Church began on February 22, 1850 just one month before Greenville itself was organized. At that time, early circuit-riding ministers conducted services in the home of Ben and Prudie Anderson northeast of Greenville and under the famous Twin Oaks within the city.

As the Greenville Circuit, the earliest mentioned church structure was one of the logs on Fuller Street, which was destroyed by an 1870 storm. About this time, there was a joint structure with the Odd Fellows Lodge on Lee Street wherein the first Christmas celebration in the city is noted to have taken place in 1872. The Lodge sold out to the church, and the church sold out to the county, as it was in need of courthouse space.

In 1875, the Greenville Station was established by the North Texas Conference. This gave the congregation an appointed minister, replacing the once-a-month circuit rider. The church had purchased property on Wesley and Church Streets for a new structure, which was completed in 1875.

In 1883, this structure was destroyed by yet another storm. In 1885, another wooden structure with a spire was completed. Greenville enjoyed a great period of growth following the coming of the railroads beginning in 1880. As a result, a Sunday school mission was begun in south Greenville in 1892, which grew into what is now Kavanaugh United Methodist Church. At this time, the congregation took on the name of Wesley Methodist or simply Wesley Church.

Another missionary effort during the early 1900s, known as Wheeler’s Chapel, led to the formation of West Lee Street Methodist. This congregation is currently known as Westview United Methodist. In 1968, yet another part of Wesley diverged forming what was known as Aldersgate Church.

In May of 1988, Wesley Church made a large step into the future as the congregation processed on foot from the old Wesley Street location to the current location on Business 69 South.

The mission of the body, wherever it resides, remains that as Paul preached 2,000 years ago: Making Disciples for Jesus Christ.

One can, in some small way, imagine some of what the sainted pilgrims of the congregation endured to bring this body forward to serve the present age. What a mighty calling to fulfill! What a Mighty God to glorify! Praise be to God for their efforts on our behalf! May we, as pilgrims of today, be in touch with the Holy Spirit, so that by word and deed we may greatly magnify the name of Our Blessed Redeemer.